Bali – The Journey – TRIPLETS plus ONE
Uncategorized

Our flight to Bali was at 9:50am and we planned to leave the house at 7am. So at 5:45 I began waking athirAh up, she was fast asleep when I carried her out of her cot. I then put her in the living room, but she decided to continue her sleep. I then woke hArith up, he was a lil’ cranky since I disturbed his sleep but upon seeing his ball…he was wide awake kicking his ball, which automatically woke athirAh up. By then it was already 6am, managed to get all 3 ready by 7am.

They looked rather puzzle, why were they awaken so early and strapped in their car seat. 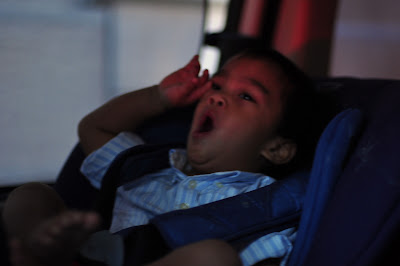 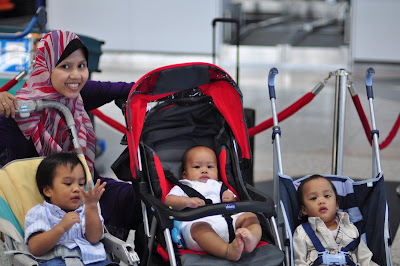 Actually my initial plan was to wake the kids up by 5:30am, so by the time they get into the plane…they will be sleepy. Nway, waking up at 5:45 wasn’t too bad. My parents brought hArith to sit with them infront. uZAir was being held by my sister and was already asleep even before boarding the plane. athirAh was restless being strap with the seat belt but the moment she heard the noise from the plane engine she managed to sit still. And slept soon after. hArith came running once the seat belt light was off. Mom said she wanted to be with the rest thus syauQi took him and put him to sleep. 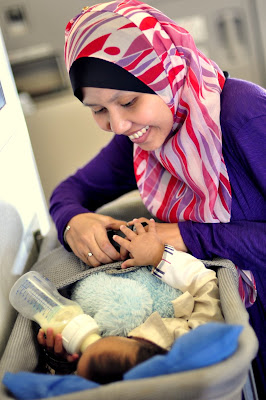 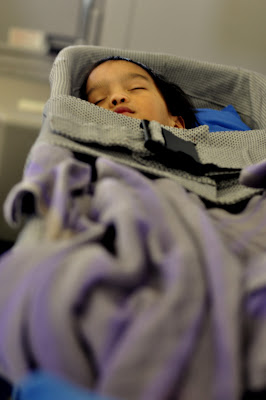 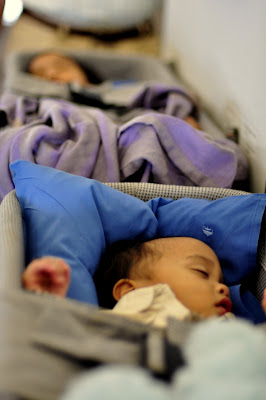 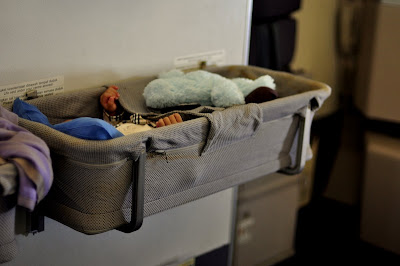 We wanted to put uZAir in the basinet but it was a wrong moved, he woke up and was wide awake, but since the flight wasn’t full…the stewardess had extra time to help me to carry uZAir. hArith woke up 30mins before landing while athirAh slept all the WAY!!!! She woke up in the middle of the flight, got her out of the basinet and she continued sleeping on my sister’s lap. During descent and landing, she was still asleep but could felt the discomfort due to pressurize…she was still asleep but was poking poking her ear…hihi 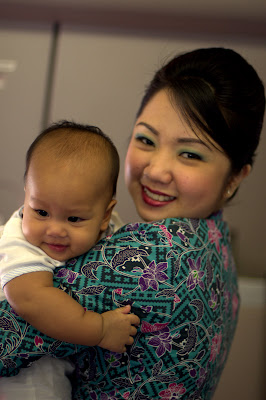 Smpai Bali, the man from our villa was already there…holding up placard of syauQi’s name. Got into the van and we were welcome with cold bottle water and a wet towel. The trip to our villa was approximately 15minutes…and the van parked betul2 by the side of the villa reception. This was the view we got when the van was parked. We were so excited to get down. Our villa was the last one on the right. So each time nk kuar kena jalan jauh ke depan tapi each time balik we get the buggy to send us off at our villa sbb dah penat bejalan. 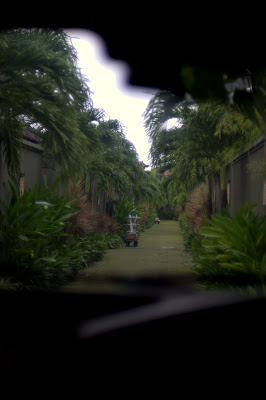 And this was our 3 bedroom villa with our very own private pool =) We stayed at Seminyak area coz tat’s the closest to Kuta. Area Kuta sume hotel takde yg villa with private pool. 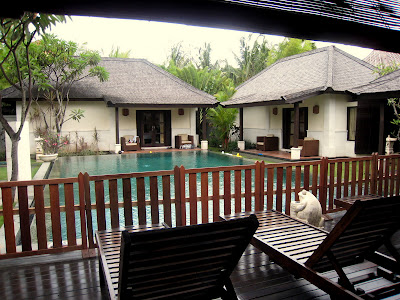 This was the view from my bedroom. Psst…i brought along bikini wo…bile lagi ade chance nk merasa pakai bikini kan…hihi 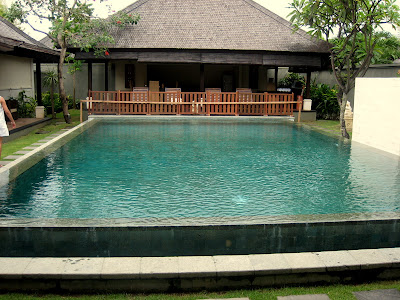 All 3 bedroom was not connected with each other. 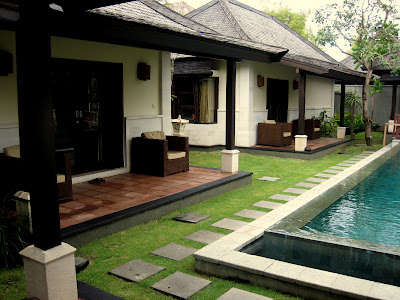 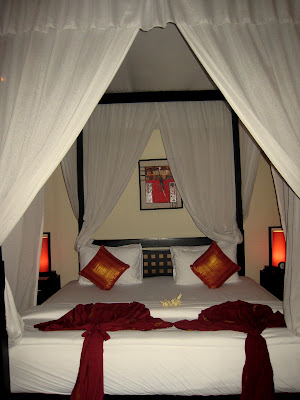 And here’s the bathroom! Feels like poo poo kt tgh2 taman..hahhaha. This is the view from the bathroom door….a huge tub and to the left is the shower and to the right of where i’m standing is the WC. 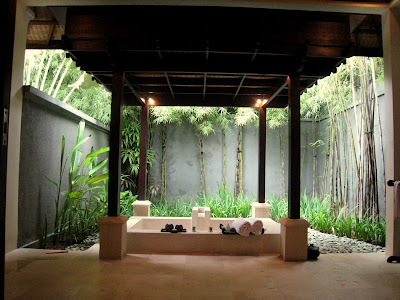 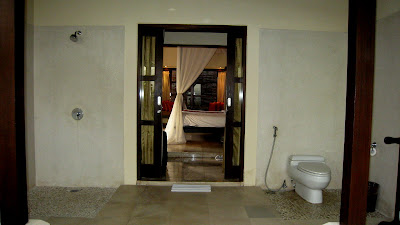 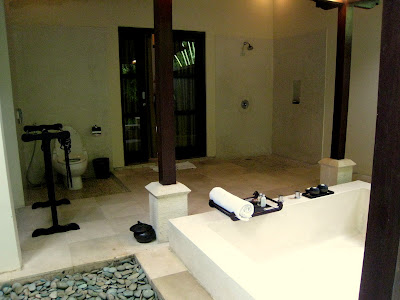 Oh I think the most lucky person was my sister coz she had all these to herself!!! My room besepah dgn toys while my parents’ room ade one cot for hArith. And my sister need not share with anyone else….