On Rainy Days… – TRIPLETS plus ONE
Uncategorized

It has been raining almost every evening for the past few days. Well, each time it rains it means I’ll have hard time putting the lil ones to sleep since they have the excess energy course no outdoors activities. Besides that, I also have a hard time dealing with their crankiness for not being allowed to go out. hArith and athirAh now demands to go out after 5pm. Somehow they have their on way to know it’s past 5pm, let me out! hArith will point out non-stop while athirAh will look out the window towards the neighbour’s house and start calling “di-jaaaa”. And somehow when the clock strike 5pm, all their toys dah tak laku sbb kepala dh kt luar.

So I was desperately in need of idea to keep them occupied on rainy days (especially since pApa was not around). So I went to Ikea with uZAir, having “easel” in mind…wanna let them do some paintings. But it was RM99 each…and I need to get two, coz I’m sure both would want to do painting at the same time. I was looking around to see if I could save some money…and the idea of getting a table for them pops out. A table and a chair each for them. And 30meters of papers for them to scribble, paint and what not.

And true enough, it rain yesterday. athirAh was having her nap, thus hArith had a head start with the painting. The first time I introduced them to painting was when they were 1 year 4 months, to do pApa’s bday card…but they ended up licking their fingures. This time around…hArith was happily playing with the brushes and most of the time buzy dipping the brush in the water. 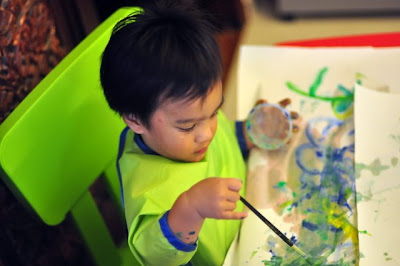 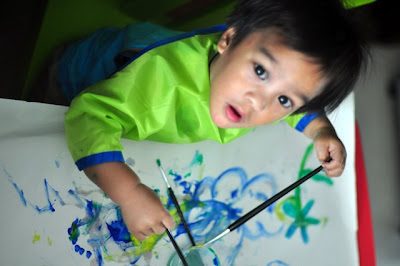 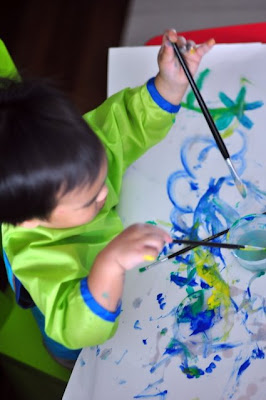 10 minutes later, athirAh joined hArith. However, athirAh is not really into details. She loves exploring…climbing here and there. Whereas hArith can really sit down and belek mende lame gilerr. She was very happy at first, seeing something new…and she loves the part where my sister help her with the painting while doing “sweesh sweesh” sound, macam dalam movie StepMom tu, hihi 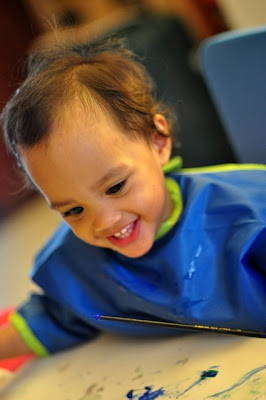 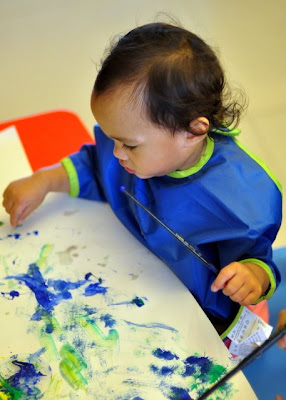 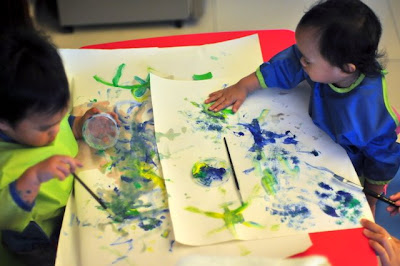 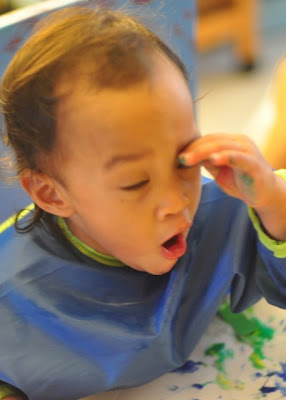 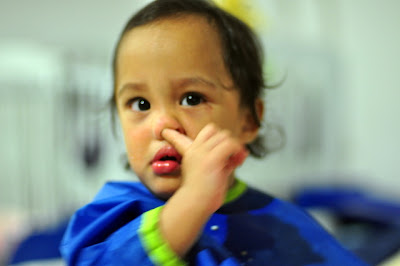 She left the table with paints all over the table and chair, while hArith continued playing with flour and water… 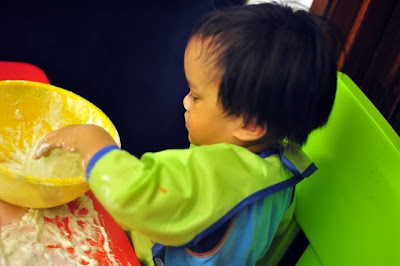 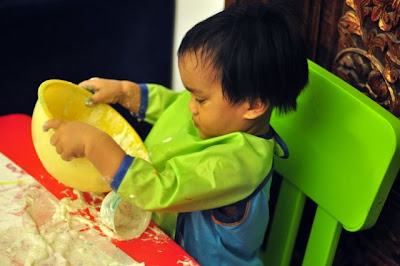 He was smiling happily when I poured some flour in the bowl and let him mix it with water… it sure was a mess. 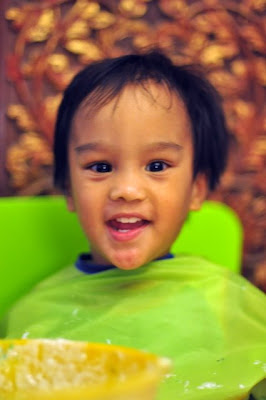