At the Park – TRIPLETS plus ONE
Uncategorized

After 10 days of work, syauQi had 7 days off…and today he is back at work. However while he was packing his bag just now…athirAh stopped him from doing so. He distracted syauQi by demanded to be carried. And each time syauQi open his bag to pack his stuff, athirAh will close it ..preventing her dad from packing. I reckon, in her mind she was saying “nooo, you are not going to work again, coz the last time u went it took u soooo long to come back”. And most touching moment was when syauQi finished packing and wanted to bring the bag to the front door, she practically placed her hand on it trying to stop syauQi and soon realised that she doesnt really have the power of stopping…she lift her hand from the bag and softly said “ba bye, ba bye…..”

Seriously, it really did make syauQi felt like not going to work….

Nway, here’s another activity we did while pApa was around….a trip to the park =)
Main intention was to fly the kite, but it seems that only uZAir was interested…. 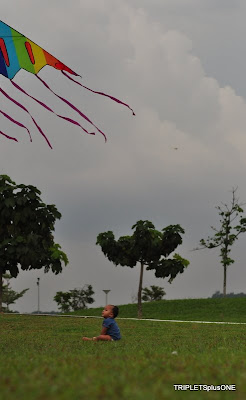 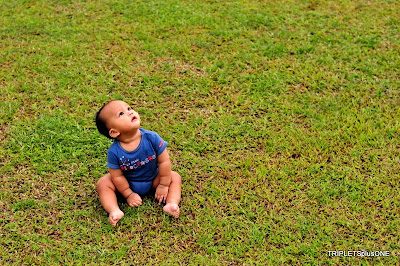 coz, once hArith gets a ball….nothing else could beat that. so layang2 tak laku… 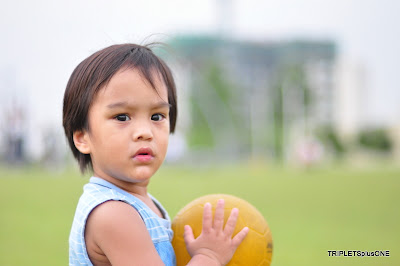 And athirAh as usual was everywhere…she was practicing 100 meter run, hihi 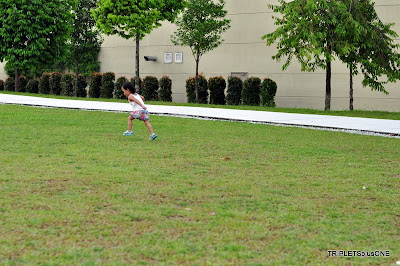 And there was a group of men doing some exercise, strecthing…in which she joined along. She went close to those men…looking up and down trying to figure out what they were doing. And she managed to imitate them well…. 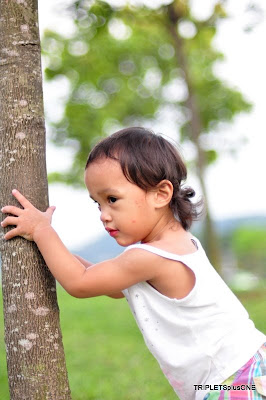 Only uZAir were hAppy to see the kite flying…his mood was all cheerful, so decided to take photos of him. 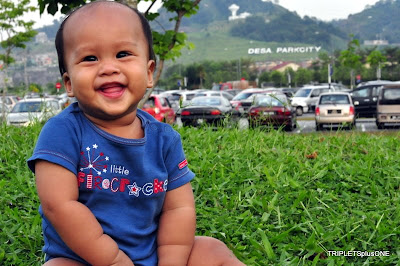 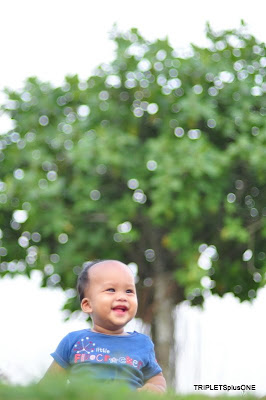 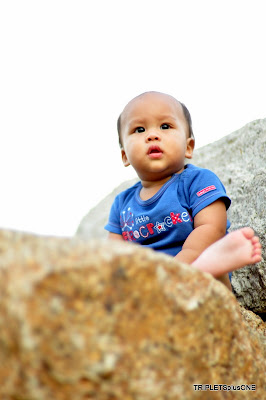 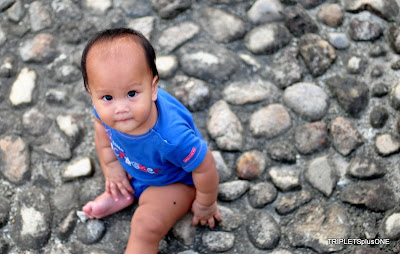 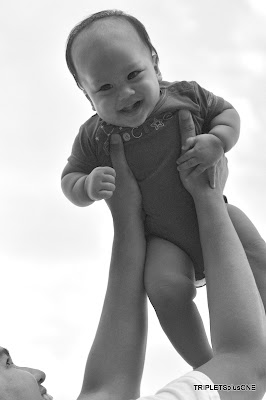 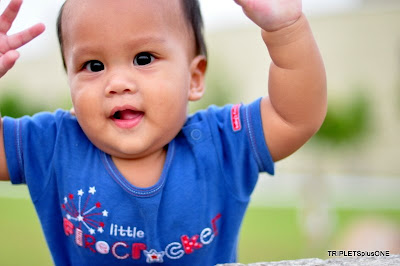