Mini Us – TRIPLETS plus ONE
Uncategorized

Yesterday, uZAir had playdate. Yes, finally he gets to play with someone of his age. All this while, he has hArith and athirAh around…always being the smaller one. But yesterday, uZAir felt as though he was the hero…being brave enough to grab toys from Bilal. Selalunye die yg jadi mangsa athirAh. I think uZAir was rather amazed that for once he made someone cried instead of him crying….hihi

* a lil’ history. Bilal and uZAir’s grandmother went to the same secondary school. And up till today they remain friends. Us ( me and Bilal’s mother) has also been friends ever since my memory could recall. We went to the same kindergarten but later split to different path and met again in university when both of us were accepted into the same institution. So basically we knew each other not during childhood but babyhood…and that’s exactly what Bilal and uZAir are doing now =) 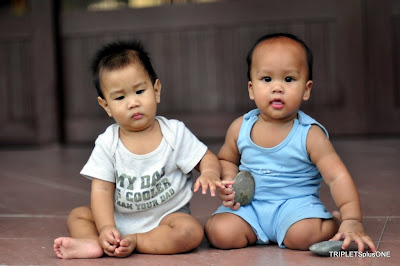 Each time I see Bilal I would say this to his mom “Ayuu…he is mini you!” And now, when I looked at this picture below…it says “Mini Us”. Bilal look very much like his mom and uZAir look like me, dont u think? 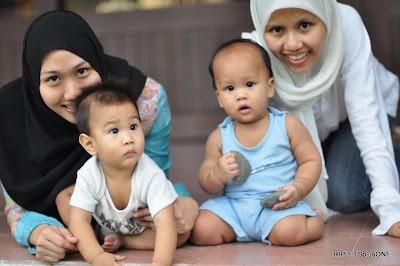 anyway, uZAir’s personality trait resemble alot like athirAh…one of it is putting everything in his mouth. See, he found cookies in the garden… 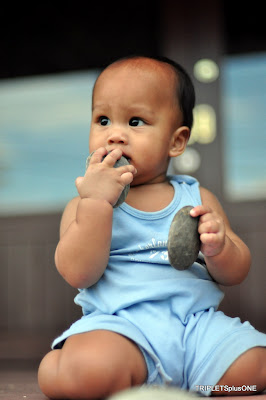 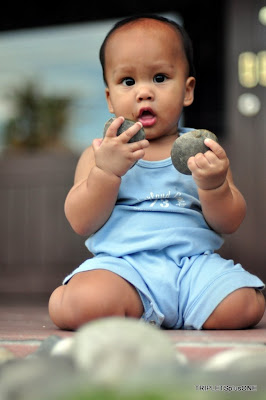