How was it? – TRIPLETS plus ONE
Uncategorized

How was their first day? As much as we have expected, athirAh had trouble going to school. Yes, although she is the ganas one, and always seems to be in her own world doing her own business, but she’s the type that will look out for us, just for assurance that we are around and if she sees us, she’ll be back with her own business. hArith on the other hand, have no problem being with other people. He has no problem if we were to leave him at the neighbour’s house.

So this morning we left the house few minutes before 9am, we stayed for awhile when we drop them off. All kids were outside playing in the garden while waiting for other kids to arrive. athirAh could sense that we gonna leave her behind. She demanded to be carried while hArith was happily kicking balls in the garden.

When everyone entered the house, my kids were curious to know what was inside, both went in. syauQi n I quietly sneak out. And the moment teacher closed the grill door…wuarrrrghhhhhhhh. athirAh scream and scream. we waited outside, the teacher said athirAh has sat down and join the rest, thus we left the place and told the teacher to call us incase anything. Off we went for breakfast…just the two of us =).

At 10:15am, teacher called saying athirAh has been crying for 15mins non-stop. We decided to pick her up..leaving hArith behind. teacher said hArith has no problem (so far..hehe) Teresak esak anak ku nanges, balik umah pun make sure there’s someone around her…worried she will be left alone again, hihi.

School session supposedly to end at 12pm but at 11.15am, teacher called me and said hArith started crying. Off I went to fetch him. But teacher said he was doing fine all the while, he did few activities and even joined the playgroup. I reckon he started crying coz he was sleepy, he usually have his morning nap around 1oam coz he wakes up at 6:30am.

So teacher suggested for us to send hArith up till 11am only for the time being. Will try that tomorrow.

So what did I do with the lil’ free time I had? A fren of mine saw i did the diaper cake, and she was in need of a baby gift. She asked if she could place an order of a one tier diaper cake. i was more than happy to do it. 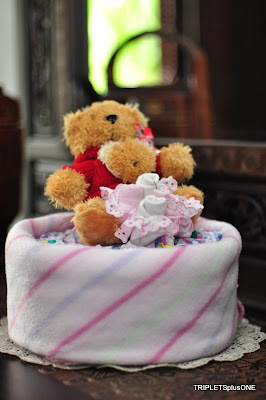 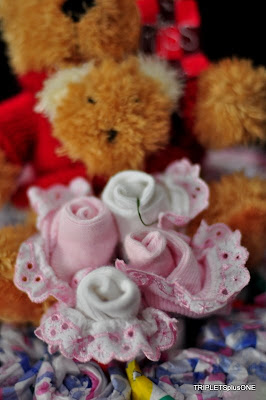 And i found biscuit cookies that goes well with it… 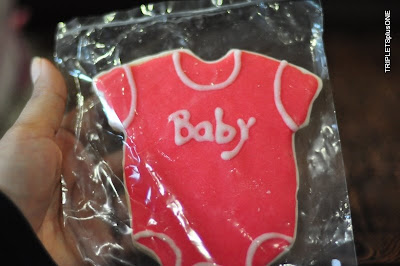 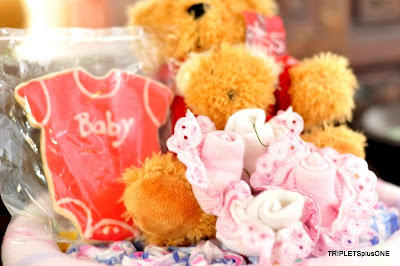 I have another diaper cake to do, for a baby boy this time. Will upload photos of it when it is done =)