The making of D.A.D – TRIPLETS plus ONE
Uncategorized

The making of D.A.D

As mentioned in previous post…my kids were assigned to do the wording DAD to be hung for the surprise celebration.

Did it while syauQi was away for his friday prayers. Placed a big paper on the table…took out the water colour and brushes and get all three seated and let them go wild with the colours. It was uZAir very first time with the colours.

However, uZAir did finger painting instead of using the brushes. And while his hand was full of paint he actually scratch his head. The elder 2 were amused with uZAir’s head because of the paint and the ended up having fun painting their lil’ brother. It was a total mess. 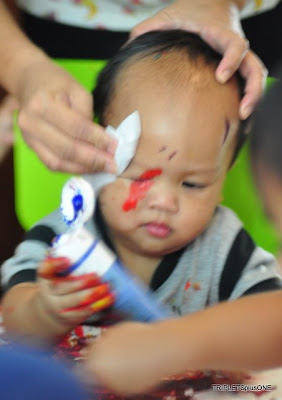 And uZAir was actually happy being painted all over..haha 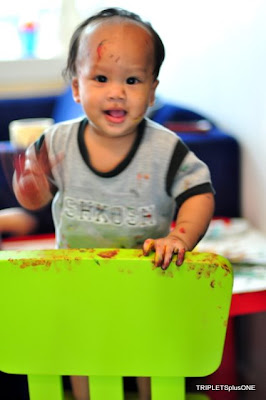 I had to put a stop to it…uZAir wanted to continue playing with the colours…cried when we wanted to clean him up. In fact, we struggled to stop him… 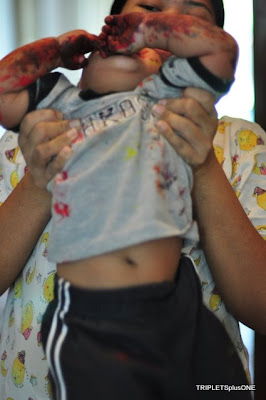 And as usual…hArith has no problem killing the time with the paints but not athirAh. She was doing it for hardly 3 minutes…(in which 2 mins spent painting uZAir..haha) 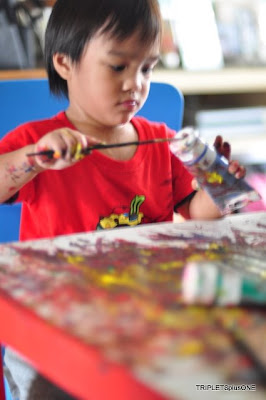 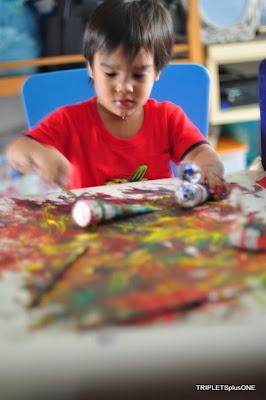 With the master piece above…i cut it out into letters of D.A.D =)